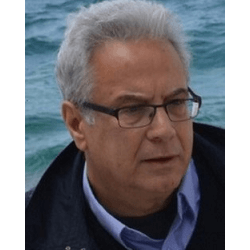 Born in Athens in 1952. He has studied Law at the Aristotle University of Thessaloniki and at the Free University of Brussels (U.L.B.). He has also studied Public Administration at Panteion University (Athens) and History (post-graduate level) at the University of Paris I Panthéon - Sorbonne with Helen Ahrweiler and Spyros Asdrachas.

In 2010 he was elected Professor of “Public Accounting Law and European Financial Law" and served as President of the General Department of Law for four years before joining the Department of Public Administration in 2013.

Since 2016 is Deputy Rector in Academic Affairs and Personnel.

He is the author of monographs and articles and he has accomplished scientific studies in the field of Financial (national and European) and Tax Law with main axes control of public management and the problem of legitimation of financial activity of the State, the financial organization and the European Union functions.

Since 1986, member of the Society of Authors (Greece).